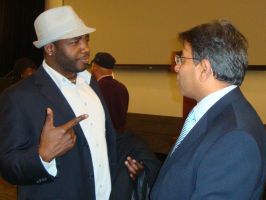 Mr. Brown, a lecturer in the Africana Studies Department, wrote and directed the film, which tells the extraordinary story of courageous Rwandans who defied ethnic and religious divisions to save others during the genocide of 1994, which had claimed about 850,000 lives in less than 3 months. Based on true narratives, the film shows how a mosque and a Muslim religious school harbored refugees during the mass killings. Muslim spiritual leaders, called imams, opened their doors to give shelter to the targeted Tutsi population as well as those Hutu who refused to participate in the violence. 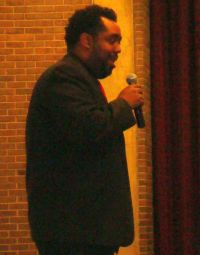 Professor John Paxton, a lecturer in Africana Studies and an award winning independent film maker in his own right, introduced the program. He talked about some of the challenges Mr. Brown faced in making the movie, as well as his talents as a film maker. 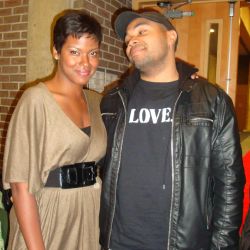 The panelists urged the audience to contemplate the power of forgiveness, as exemplified by ordinary Rwandans who found the will to come to terms with the genocide and move on. They also asked everyone present to spread the news about the film. 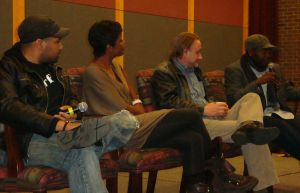